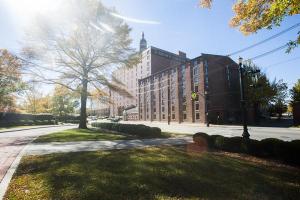 Campbell Brown has been promoted to the new position of president, Old Forester at Louisville-based Brown-Forman Corp., effective May 1. Brown is a fifth-generation descendent of company founder George Garvin Brown, according to a news release. He’ll be responsible for the worldwide growth of the Old Forester trademark, which is something the company has focused on of late. Full story